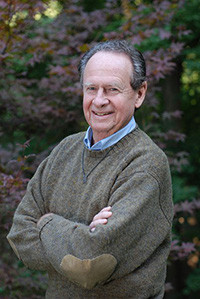 Confucius in the Cognitive Age

Our inaugural podcast of the Atlas of Ethics begins, appropriately enough, with a fascinating discussion of an ethical idea that concerns our obligations toward those close to us, that is our families and relations, and to those close by, such as our neighbors.

To be sure, atlases are about places, both close by and far away. Indeed, our goal in creating the Atlas of Ethics, is to map the many places where philosophers of ethics have lived and worked. In doing so, we believe we are also mapping the making of ethics over the centuries and the place of ethical ideas in our world.

Among these ideas is one we call partiality, when it signifies the arguments we outline and substantiate for favoring, being more responsible for or partial to--those related to us and close to home--over those who are unknown and living in communities remote from us.

So, it makes perfect sense to plot our first GPS coordinates toward China, specifically homing in on Confucius and his followers, such as Mencius. This ancient educator and political thinker was and continues to be recognized for his reflections on our obligations to our relations. Further, Confucians were the philosophers who have, perhaps, made the most sense about the meanings of partiality and its relationship to ethics.

Fortunately, we didn't have to travel to China to discover that in our own home, that is Ann Arbor, we have one of the foremost analysts, interpreters and students of Chinese philosophy, Professor Donald J. Munro. Professor Munro, now an emeritus professor in the Departments of Philosophy and Asian Languages and Cultures at the University of Michigan, has been studying the philosophies, languages and cultures of China for almost 50 years.

Our conversation with Professor Munro is distinctive. Why? Not only does Professor Munro introduce philosophical Confucianism in appealing, clear and compelling ways to beginners like us. In addition, he offers his views about current research, especially in the cognitive sciences, which now seem to confirm some of the ideas about partiality that Confucius and his students sketched out many centuries ago.

In the process, Professor Munro is responding to several contemporary philosophers' well-publicized views, the most prominent among them Peter Singer, suggesting that partiality as a notion is not only out of favor, but somehow less ethical in a world which now requires us to feel equally obligated, and impartially disposed to...Everyone. Everywhere.

To whom should we be partial? Professor Munro simply asks us to re-think some ancient insights about one ethical idea and challenges us to learn more about Confucius and Chinese philosophy in general...in the new cognitive age.

The A2Ethics.org Atlas of Ethics series is on iTunes in the Society & Culture, Philosophy sections.