About The Slam Teams

In 2011, the Slam’s first year, we hosted nine teams—which we quickly discovered was too many. The resulting crowd strained the pub’s fire code and continued into the wee hours of the night. Too long for working folk.

The winner of the 2011 Slam was the law firm of Dickinson, Wright. Living up to their team moniker—The Dickinson, Wright Do-Wrighters—the lawyers did "wright" and divided their prize money evenly among the competitors.

The following year, we set ourselves a limit of six teams. And we’ve stayed with that number ever since. We find it creates just the right mix of energy and intimacy—permitting communication between teams and allowing audience members to hear answers without much difficulty.

These days, Slam teams include both rookies and veterans. We love that mix. Some teams have been with us since the beginning—The Dispute Resolution Center, Arbor Hospice and Greenhills School. Others are brand new, among them our 2014 Slam winners, the faculty of Washtenaw Technical Middle College.

Much as we’d like to accommodate all teams, reckless growth is not what we envision. Therefore, because the Slam is always over-subscribed, we’ve established an annual lottery to determine who ultimately competes. If a team does not make it into the final six, we issue registration fee refunds.

For Slam 6, we will accept team registrations until midnight Friday, January 22, 2016

At A2Ethics, we have a soft spot in our hearts for those first-year teams who ventured out on a cold winter’s night to participate in a new and untested event-- the world premiere of the Big Ethical Question Slam. They included: 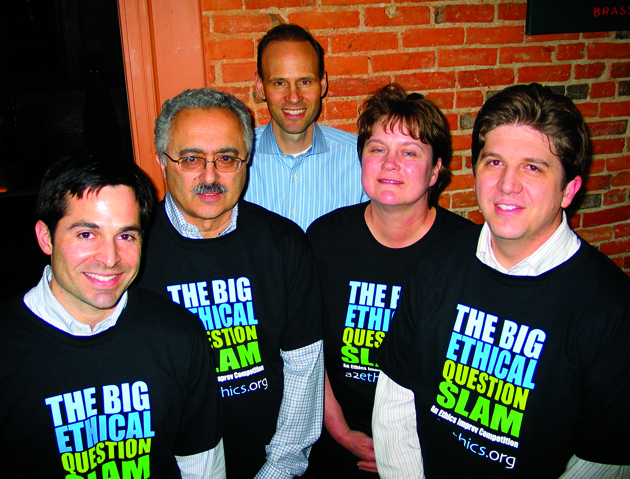 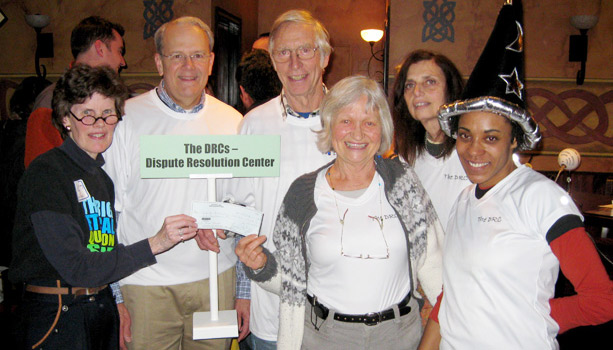 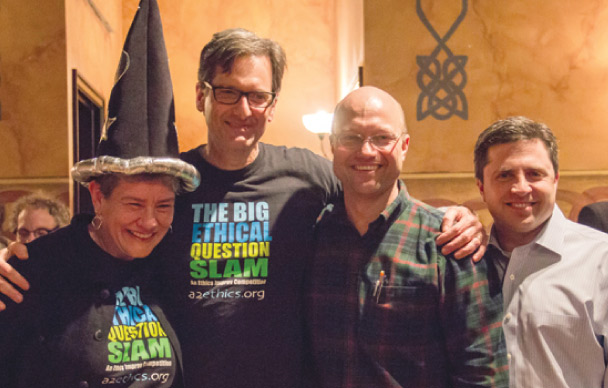 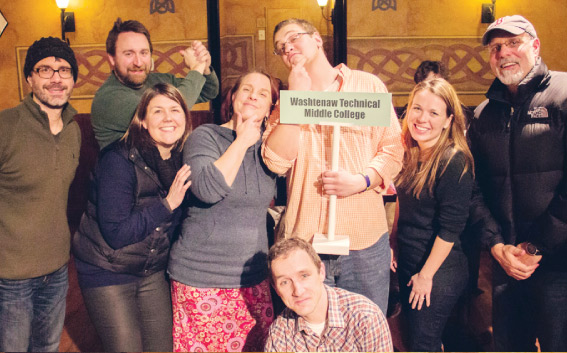