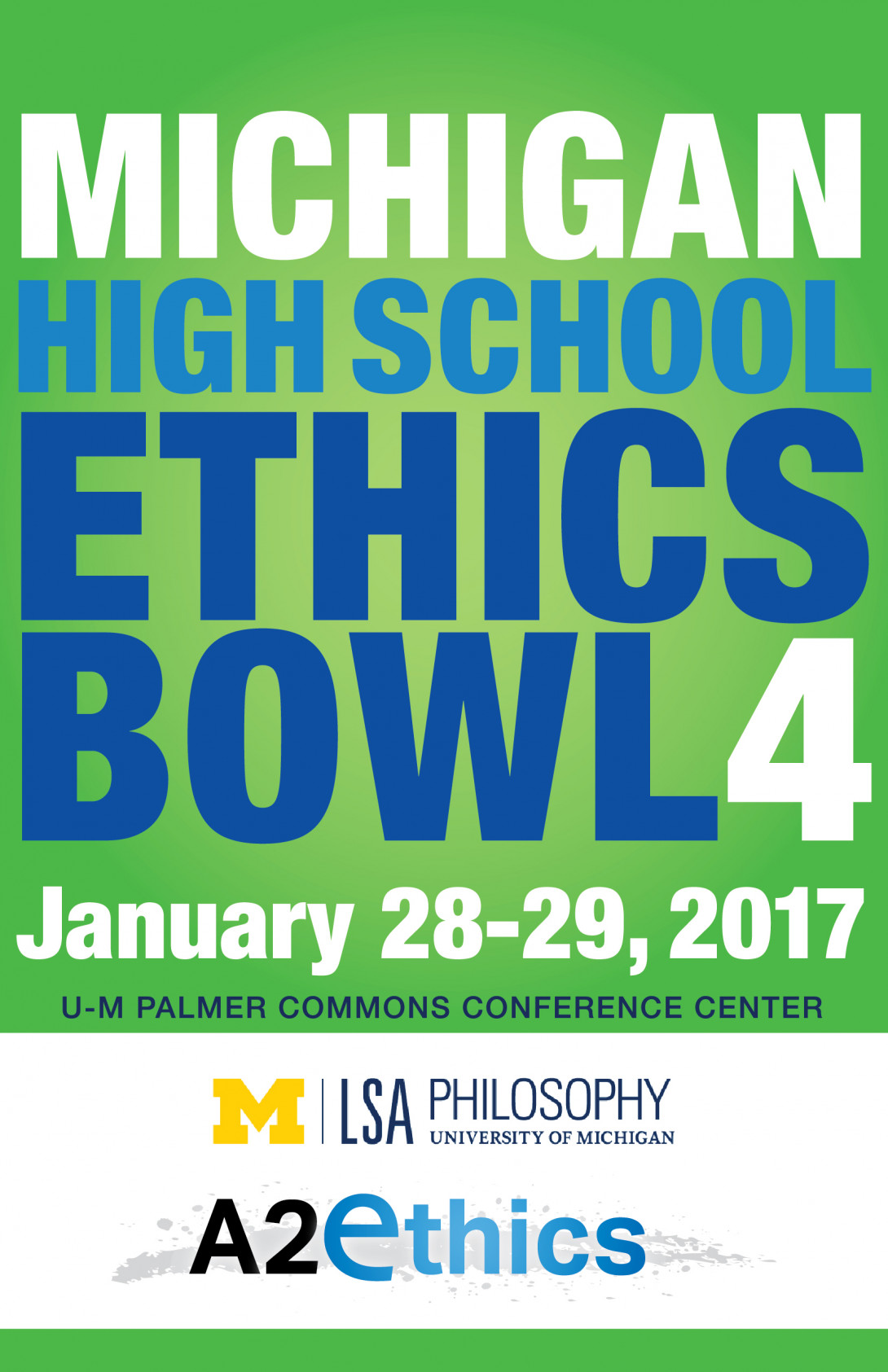 On the weekend of January 28 and 29, beginning both days at 1pm, teams of high school students from as far away as Saginaw will take center stage at the University of Michigan Palmer Commons Conference Center (100 Washtenaw Avenue in Ann Arbor) to engage in an annual “collaborative competition” and vie for the opportunity to represent Michigan in the National High School Ethics Bowl.

As it has for the past four years, the Michigan High School Ethics Bowl will challenge teams of students to tackle ethical quandaries by presenting their original analyses of case studies written by a diverse group of community leaders and local professionals. Ideally, the cases lead students to an appreciation of ethical issues and, in the process, teach them to question received wisdom, reason clearly and logically, argue persuasively, and think for themselves. This year’s topics range from conflicts of interest in local government to the equity of Washtenaw County’s prenatal care services, and from humane treatment guidelines for prisoners to building contractors’ responsibilities to homeowners. All case studies can be viewed here.

The Bowl competition is not designed to pit one idea against another, but rather to encourage students to consider differing viewpoints and flex their analytical skills on issues that are relevant to their lives as well as the wider world. As Ann Arbor Pioneer graduate and past state Bowl champion Brett Boehman notes, “It’s really enjoyable working with others to find the best answer. Because it’s not about the right answer or the wrong answer. It’s about the best answer.”

This year, for the first time, the event will span two days. By the time the competition begins on January 28, students will have spent countless hours working with teachers from their respective high schools and with coach-mentors from the U-M Department of Philosophy’s Outreach Program in order to master the basics of philosophical thought and debate. 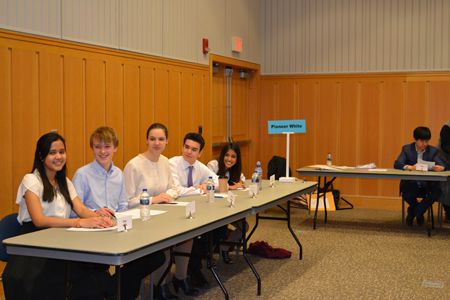 On the first day of the Bowl, the teams will face off against each other on one of the case studies: making their presentations, responding to the opposing team’s commentary, and answering questions posed by the judges. Following three preliminary rounds on Saturday, the 28th, the top teams will move on to semi-finals and a finals round on the 29th.  All events are open to the public, and members of the media are encouraged to attend.

The tournament winner will be announced on the afternoon of the 29th, both at the event and online. In addition to earning their school the Hemlock Cup trophy for a year, members of the victorious team will be eligible for a trip to Chapel Hill, North Carolina, to compete in the National High School Ethics Bowl.

This statewide competition is hosted and coordinated by A2Ethics, with vital support from partners that include the philosopher coaches from the University of Michigan Department of Philosophy Outreach Program and faculty coaches of the Michigan Ethics Bowl League.

The Bowl has experienced consistent growth over time, and this year will welcome 13 teams fielded by 8 regional high schools and comprised of 86 students—11 more students than last year. This year’s contenders include: 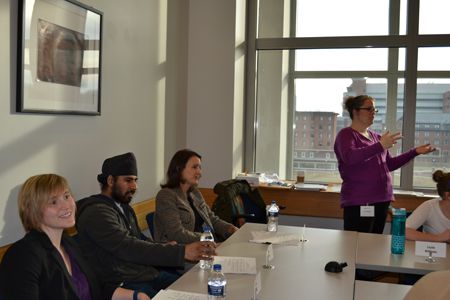 In addition, more than 30 volunteers from the local community will be working in a variety of capacities, from moderators to scorekeepers. 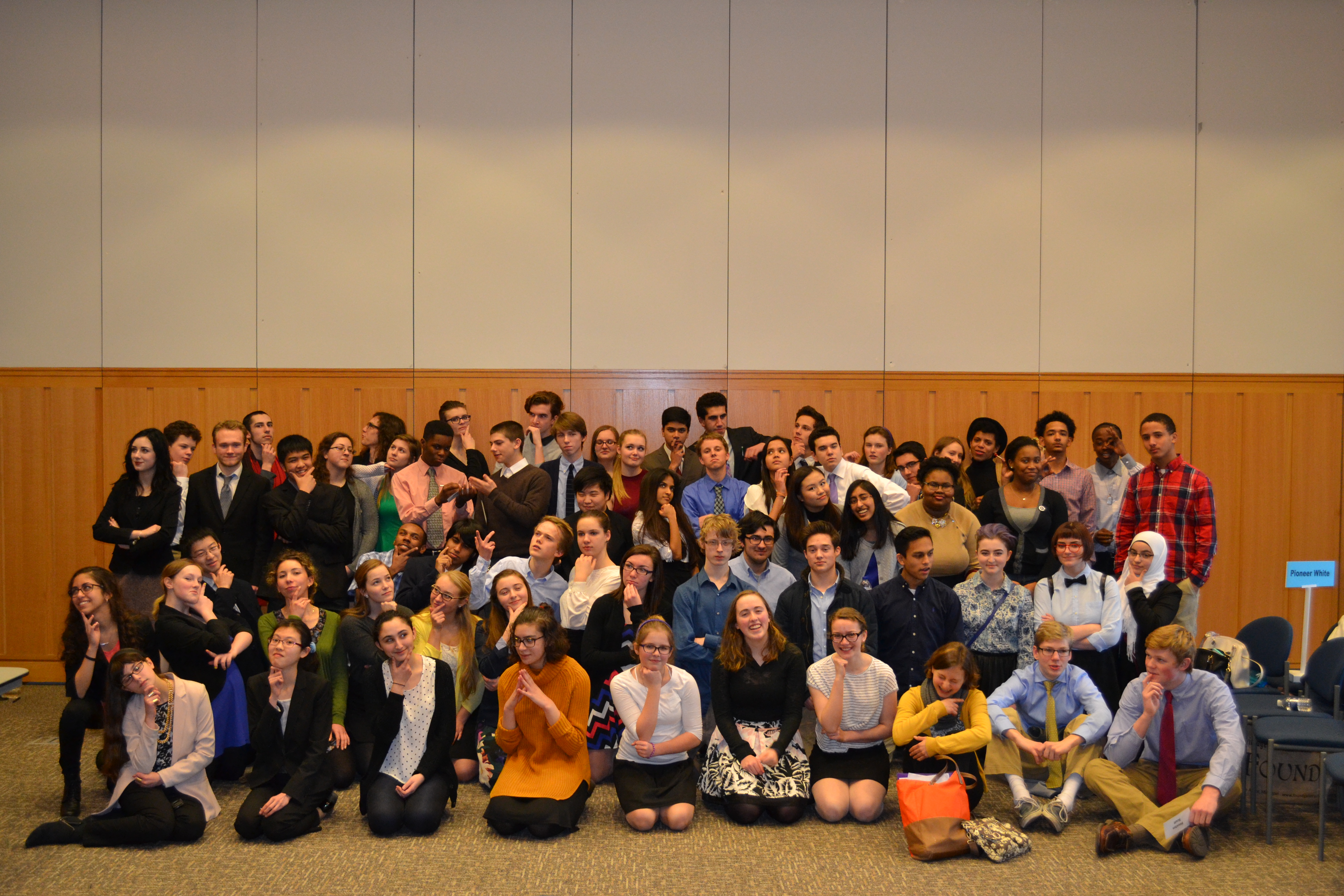 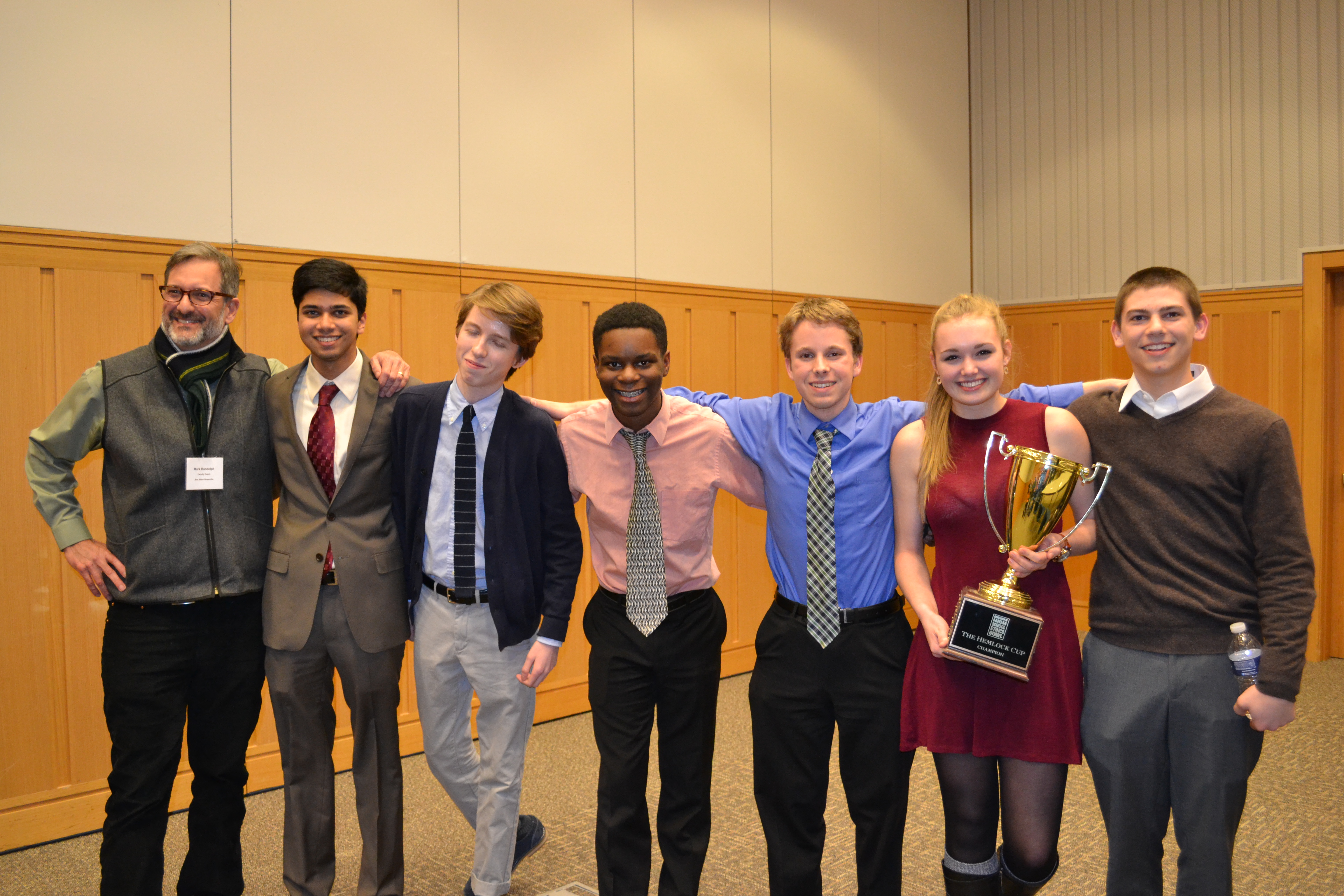