The Slam is team-based, with no fewer than 2 but no more than 6 members to a team. It is also a judged contest: three independent judges preside over the competition, holding forth and giving frothy feedback in a popular community alehouse. But the Slam is no bar trivia game. Nor is it a debate or yelling match. The Slam is structured to showcase our civic-mindedness and a community sense of humor. The Slam competition is all about clear thinking, reasonable discussion and nimble observation about the many ways ethics is embedded in our public lives.

Judges are strongly encouraged to offer their reasons for awarding points to team responses. Judges can each provide feedback or choose among themselves who they wish  to comment on a given team's responses. As the judges have only a minute to provide their commentary, pithiness and impactful, that is slammy, are the valued norms. By the end of the evening, judges will have gone through their entire pithy and slammy vocabulary.

Questions for the Slam are contributed by the public and edited by members of the A2Ethics.org Slam organizing committee. There are usually about 20-30 questions in the final pool after the committee condenses duplicates and applies a few other rules established to ensure maximum thinking and impact. The Slam is a two hour event, so generally each team will get to answer about four questions.

The winning Slam team will receive a $600 Grand Prize and the Philosopher's Hat for the year. Second-place teams will receive a philosopher refrigerator magnet, which can also be used as a finger puppet. The award for The People's Choice Award includes breakfast gift cards at a local restaurant. 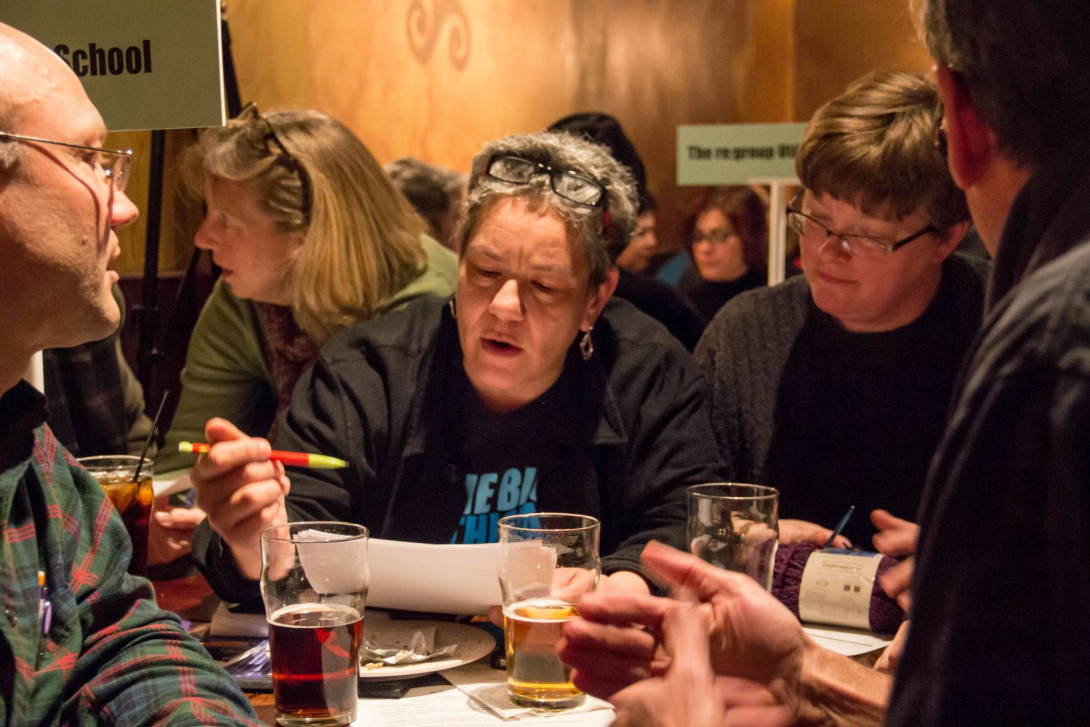