What Exactly is the Michigan High School Ethics Bowl?

How Does The Bowl Work?

In some ways, the Bowl is like a sport: it is a school-sanctioned extracurricular program with common rules established by a national governing body and regional organizers. It involves forming teams, demands commitment and requires practice from a dedicated group of students. The "object" of Ethics Bowl is to study, analyze and discuss decision-forcing cases in a public forum--the Bowl venue. The Bowl program is run by teachers and outside academic "coaches" who teach the fundamentals, skills and standards essential to fair play and excellent performance by all teams.

Finally, the Bowl is the annual public competition at which all teams prepare to "play." It is the day when all teams and their supporters gather to present the case studies to a panel of judges in a series of rounds leading to a championship final between the two remaining teams. The judges evaluate team performance, meaning case study arguments and reasons; assign scores; and determine the winner of the Bowl. At the end of the "game," the winning team gets bragging rights and takes back a trophy to their school. And, equally important, the winning team is eligible to compete in the National High School Ethics Bowl to represent Michigan.

In other obvious ways, Ethics Bowl is not a sport. It is mind-oriented and requires brain muscles rather than leg muscles. It is an altogether different kind of enterprise: teams compete to offer their best responses and reasoned arguments concerning major and contemporary ethical dilemmas introduced in the case studies.

The Season begins in November when student teams have been formed and schedules have been set for practices and the case studies have been written and given to the coaches. November also includes a kickoff event: schools with teams planning to participate get their teams together for an afternoon to be introduced to the other teams and work on an activity that combines socializing and an introduction to the subject matter of ethics. Over the next few months, until early February, the teams work on case studies with their coaches and teammates in formal practices and informal get togethers, including coffee shops and team members' houses. The state bowl competition is in early February. This is the end of the state season for most schools. But for the winner, the Nationals are on the horizon.

The case studies are the centerpiece of the competition. A case study requires students to come up with and defend arguments that will help resolve the problems presented. The students take the role of people faced with difficult and complex decisions. The case study obliges them to make a decision about what should be done and the reasons for it. The case studies in the Bowl are often from real situations faced by individuals and institutions. They are written to pose ethical dilemmas and problems in which the students need to decide what they should do or how they should act. Some of the case studies involve international problems; others are subjects that are relevant to the state where the students are from.

All of the case studies for the Michigan Bowl are available. Below is an example of a case study from the 2014 National High School Ethics Bowl:

On November 7, 2012, Karlie Kloss strutted down the walkway during Victoria Secret’s annual fashion show wearing leopard print underwear and a Native American headdress. After the show, there was a huge backlash against Victoria’s Secret for allowing a non-Native American model to don a Native American cultural identifier as an accessory. The company subsequently issued an apology.1

The wearing of Native American headdress has become popular; they are worn as part of Halloween costumes, and have become casual accessories referred to as the “Hipster Headdress.”2 The adoption of some specific elements of a culture to which one does not belong is known as ‘cultural appropriation’. Some people argue that cultural appropriation is morally problematic, while others have argued that it is a sign of cultural progress.3

Those who criticized Kloss contend that casually wearing items like headdresses, which have important cultural significance to a certain group, is extremely disrespectful. They compare it to someone wearing a Purple Heart that was not earned in battle. Opponents also argue that the casual wearing of these items promotes stereotyping, and decreases the social value of such symbols.

Kloss’s supporters claim that she wore the headdress for the sake of fashion. After all, Native American headdresses are beautiful and ornate, and wearing them in a fashion show – especially a show as prominent as the Victoria’s Secret fashion show - can be perceived as a celebration of the beauty of Native American culture. Furthermore, it could be argued that if cultural artifacts aren’t shared, we will have no access to cultures other than our own which means that we cannot learn from each other and expand our horizons.

Ethics Bowl judges come from different places and represent a wide array of professions and fields. Many judges are philosophy teachers from Michigan colleges and universities. Other judges work in applied ethics fields, from medicine to law. Still others are community leaders whose work places them in positions where they are facing ethical issues every day.

Before the Bowl day, all judges receive:

1. The case studies being used for the competition.

2. The scoring rubric and the score sheets for judging.

3. A copy of the Bowl rules and guidelines.

Further, all judges are encouraged to watch a training video specifically created for the High School Ethics Bowl: https://www.youtube.com/watch?v=rO580Q4_25k&feature=youtu.be

It is a good idea to remember this: judges come from different backgrounds and have different professional experiences, they will also have a variety of perspectives to share about the case studies. They will emphasize or focus on different aspects of the case given their expertise.

The Bowl season officially begins in November when teams socialize and share their ideas about a challenging philosophy problem. 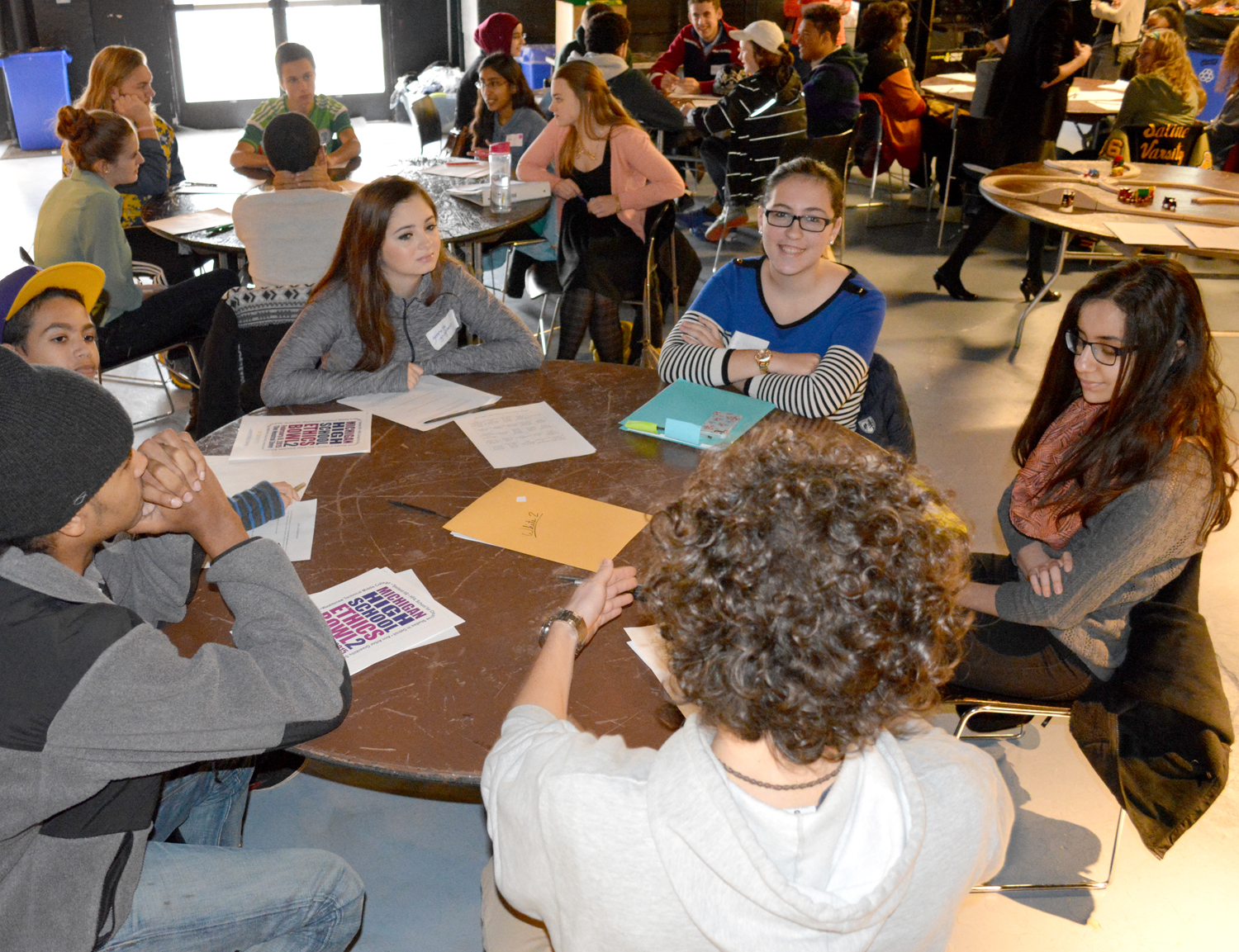 The Organizers And Coaches

The Michigan High School Ethics Bowl competition is annually hosted and organized by A2Ethics. A2Ethics' essential partners in the Bowl project include the philosopher coaches from the University of Michigan Dept. of Philosophy Outreach Program, and the Bowl school faculty coaches. 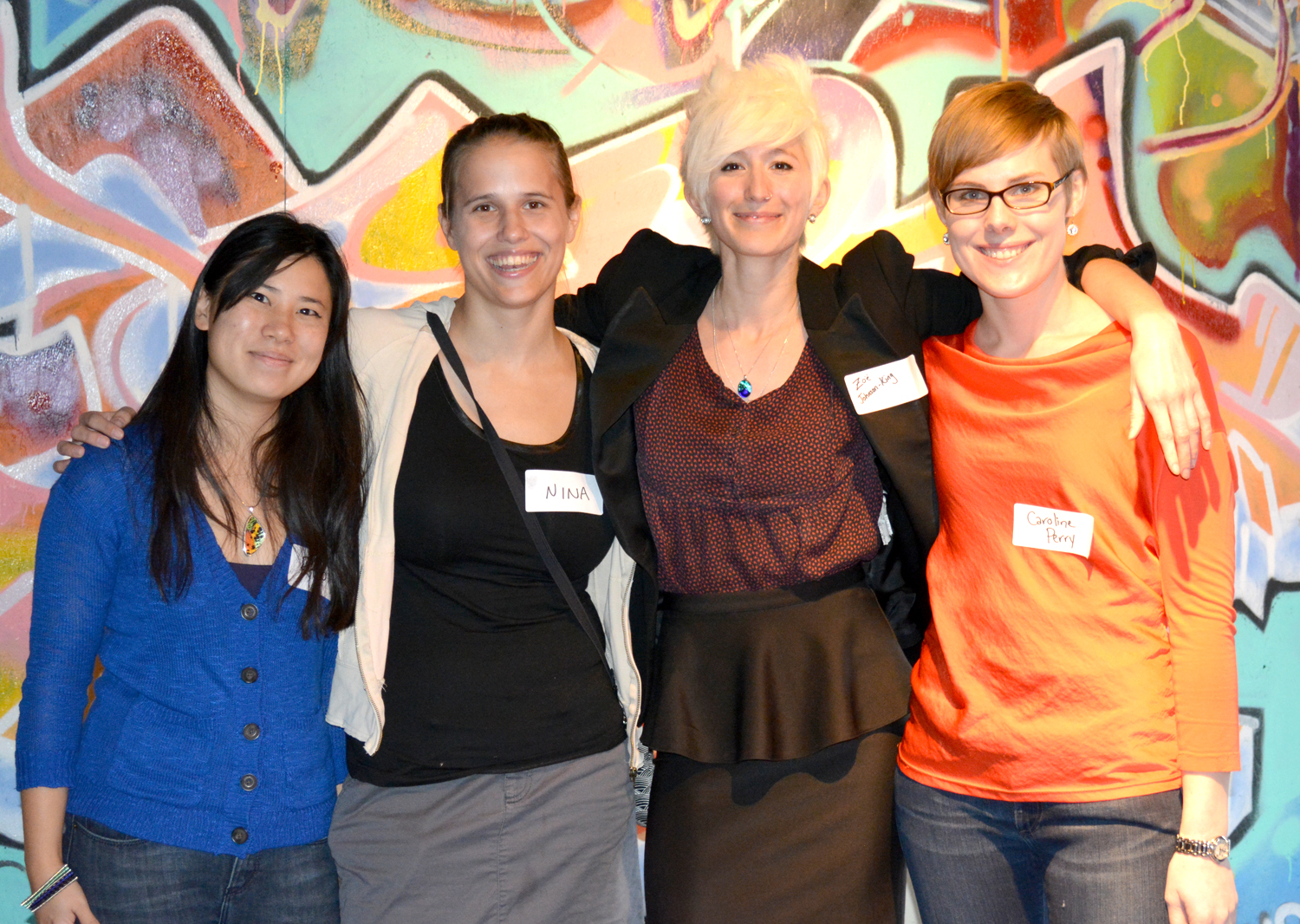 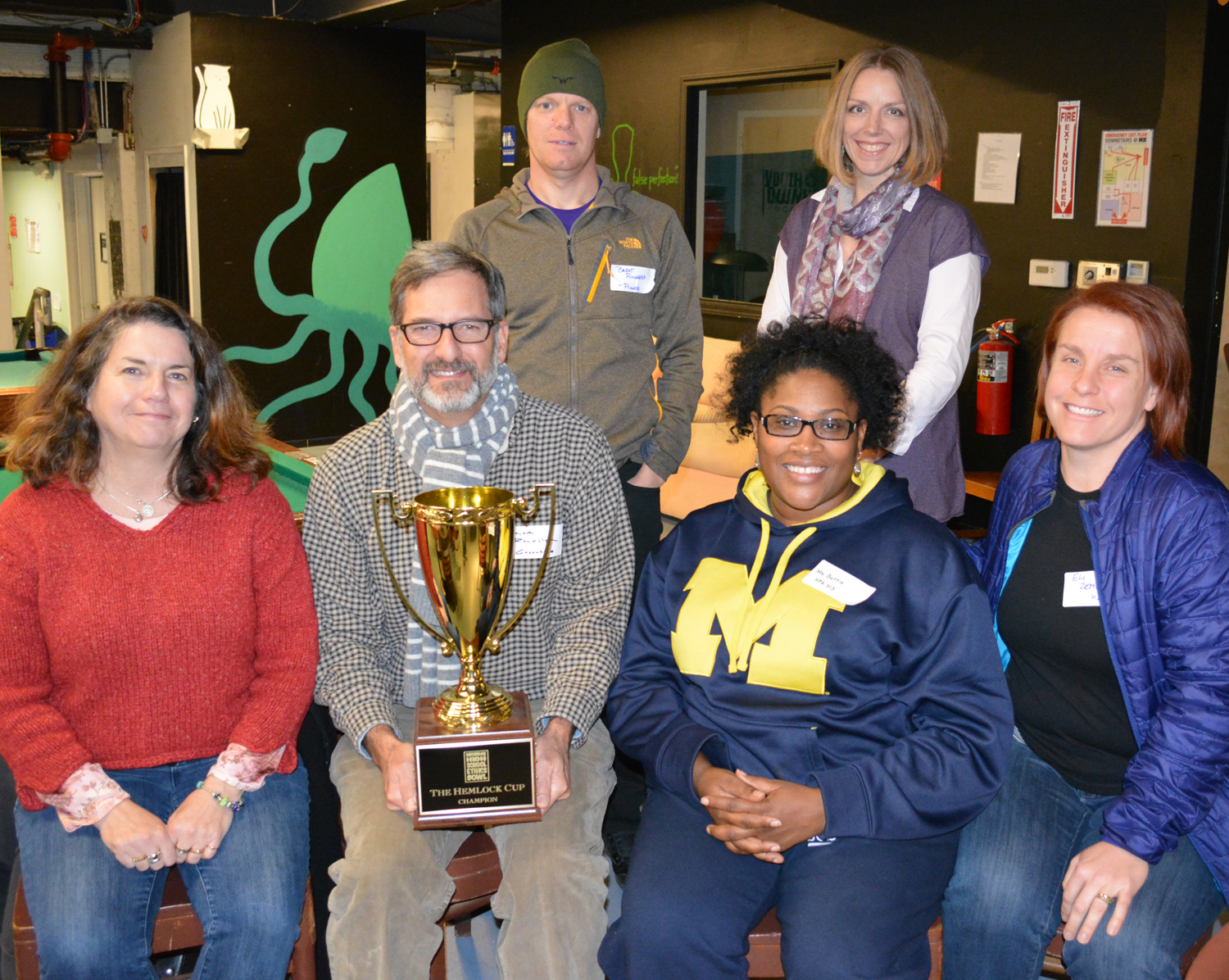 The main prize for the winners of the Michigan Bowl is The Hemlock Cup. The Cup resides at the school of the winning team for the year. Winning team members receive an individual certificate. The winner of the Michigan Bowl also becomes eligible to travel to Chapel Hill, North Carolina in early April to represent Michigan at the National High School Ethics Bowl. 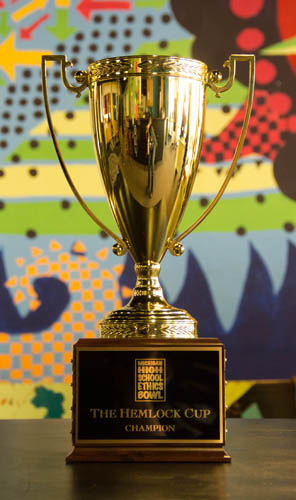