How can we create new work opportunities with the help of Michigan's young people that:

In 2008, these "irresistible challenges"  led to the founding of A2Ethics.org.

The impetus came from a desire by three community leaders to sustain and transform civic commitment and innovation between and among the generations in Washtenaw County. Leading the way was Jeanine DeLay, ethics educator and founder of two local non-profits. Her partners included Martha Bloom, vice president of programs at the Ann Arbor Area Community Foundation and Jesse Bernstein, then-president of the Ann Arbor Chamber of Commerce.

Each of the three co-founders brought their own perspectives and priorities to the undertaking. As an educator and ethicist, Jeanine was interested in finding new ways to encourage public awareness about the impact of ideas about ethics on professional life and community practices. The Chamber of Commerce was concerned with improving the job prospects for young adults, most notably those leaving the county and moving out of the state. And the Ann Arbor Area Community Foundation had a vested interest in cultivating a new generation of philanthropists.

Together, the three co-founders invited a core group of young leaders, all attracted to the public ethics mission and all willing to rise to the civic commitment challenge. The outcome became known as the Moral Compass Project.

The Moral Compass Turns to A2Ethics.org

The Project would not have succeeded without the enthusiastic support of several young people with their own vision of how to go about creating a socially and ethically engaged community. Among the new generation of founding organizers were Anthony Ferman, Barney Maloy and Thai-Vi Pham. They conceived the project at its inception as a social media website covering ethics topics related to the workplace and the local scene. Start-up funding was provided by the Civic Innovation Fund, housed within the Ann Arbor Area Community Foundation.  A founding board was formed, officers elected and the group incorporated as a nonprofit. They renamed the organization A2Ethics.org, signalling their local ties and aspirations to become a permanent player in the community. 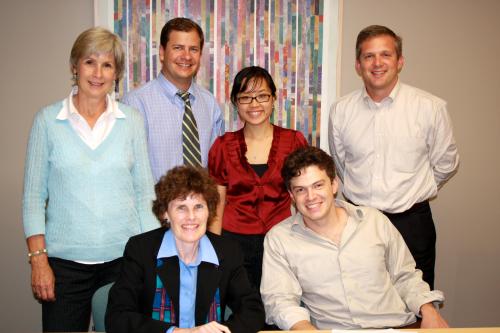 From Web Blog to Community Programs and Events

Local playwright and impresario Barton Bund signed on as web community coordinator, pointing the moral compass of A2Ethics.org toward using the arts and culture to introduce ethics issues, a direction in which A2Ethics.org continues to lead. In addition to the lively online and wide-ranging discussions on the A2Ethics.org website, programming highlights in the earliest phases included: an original radio drama about the ethics of separating an artist's work from an artist's actions, written by Bund and performed by actors from the Blackbird Theatre; and the first biannual Ethics Without Borders event partnership with Greenhills School on efforts to save cultural treasures in conflict-affected zones.

Since 2010, A2Ethics.org has made good on its promise to work on the ethics of the workplace--and on ethics work--through its well-received Working Ethics and Michigan Ethics Economy podcast series.  Likewise, the organization has integrated new approaches to present ideas about ethics to the public in unique and accessible venues. The number of initiatives is accelerating, the number of programs and events growing. Among them: The Big Ethical Question Slam; Generational Leaders; and Saving Schools and Scholars.

An Ethics Network for All

As A2ethics.org charts its path for the future, the organization is mindful of its beginnings. The group evolved during the economic upheaval of 2008 and has been shaped by a crisis that forced everyone to account for the social and ethical consequences of living in a technology-driven world economy where vast income inequality is encouraged by private and public enterprises alike. The A2Ethics.org mission is to give a public voice to and awareness of ethical ideas and their impact on professional life and community policies. To succeed, the moral compass and history of A2Ethics.org must always be pointed toward and remembered as--an ethics network--for all.