Participatory Budgeting: What's In A Name?

Participatory Budgeting. It is...a mouthful. But, if we always shorten it to PB, then it becomes Peanut Butter without the J(elly). During past initiatives, there have been several renaming attempts. Citizens' Budget. People's Budget. Have Your Say Budget (We like this one).

That's why A2Ethics is offering area residents a learning opportunity about PB. You're invited.

If you missed the presentation, please see the video here.

PB gives residents a chance to propose, discuss and decide how designated parts of the city budget will be spent annually. Residents submit project ideas on capital improvement (also called touch-and-feel) projects to improve their city. They work together with fellow residents as well as city experts and staff to turn these ideas into practical budget proposals. The proposals are then voted on citywide. At the end of the cycle, the city commits to implement and publicly review the projects after they are completed.

Hundreds of proposals have been suggested by residents of PB cities. Here are a few of the winners: 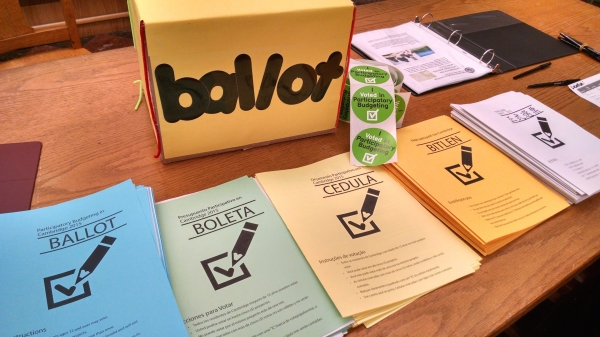 One of the most exciting PB initiatives is in Cambridge, Massachusetts. Now in its third cycle, the Cambridge residents to spend $700,000 on a wide range of capital improvement projects. To give Ann Arbor residents an informative overview, we have invited Cambridge program directors, Jeana Franconi and Michelle Monsegur, to tell their city's story. Jeana and Michelle will describe the goals and purpose of the program; how the process moves forward; what it funds; and what they have learned about their community, city government and civic participation. We are looking forward to hearing their experiences and insights.

Thanks to Shoham Geva, A2Ethics summer intern, you can get a preview of the Cambridge experience in this interview with Michelle Monsegur.

And for further information about the Cambridge initiative, go to their website: Cambridge Participatory Budgeting.

To learn more about the current budget process in Ann Arbor and reflections on how it can be made more inclusive, check out our interview with Karen Lancaster, Ann Arbor's finance director.

Why Has PB Grown?

As democracy evolves, new ways to participate have also evolved. Citizens are increasingly interested in decision-making opportunities that are transparent, equitable and fair, and combine representative institutions with direct engagement. PB also holds the promise of expanding citizen education--in this case about city budgets and the budgeting process. Likewise, several PB programs invite youth to participate and vote. Many PB programs are designed to include groups who are disengaged or populations without a vote or a voice.

Participatory Budgeting has friends and foes. A2Ethics' role is to provide practical information and to initiate discussions among residents. Since we began in 2008, A2Ethics has been asking questions about how to inform and provide learning opportunities for area residents on some key issues in local government ethics. One example is our 2014 two day program (in partnership with local nonprofit IPPA) about the local impact on political campaigns of unlimited contributions by corporations.

We want to learn too. So, we have several questions we hope to ask the Cambridge PB representatives. All of them focus on whether PB actually has a positive ethical impact. For example:

We know that you will have questions of your own. Please bring them on September 29th!

Two prominent civic education and community-building organizations are our partners in this project:

We would like to give a shout out to the folks at the Ann Arbor District Library for giving us the space--and for the library's own role as a community gathering place.

Finally, a thank you to Ann Arbor City Finance Director, Karen Lancaster. In our podcast interview, Karen describes what city finance directors do; the key ethical issues she faces in her field; why she thinks public sector positions should receive more attention as career options; and how she believes residents can become more engaged in the budgeting process. Karen introduced us to the Ann Arbor Citizen Guide to Finance and the Budget. The Citizen Guide outlines budget basics. It is an initial way for you and your fellow residents to learn the city's annual budgeting process.

Your New Idea to Improve The City 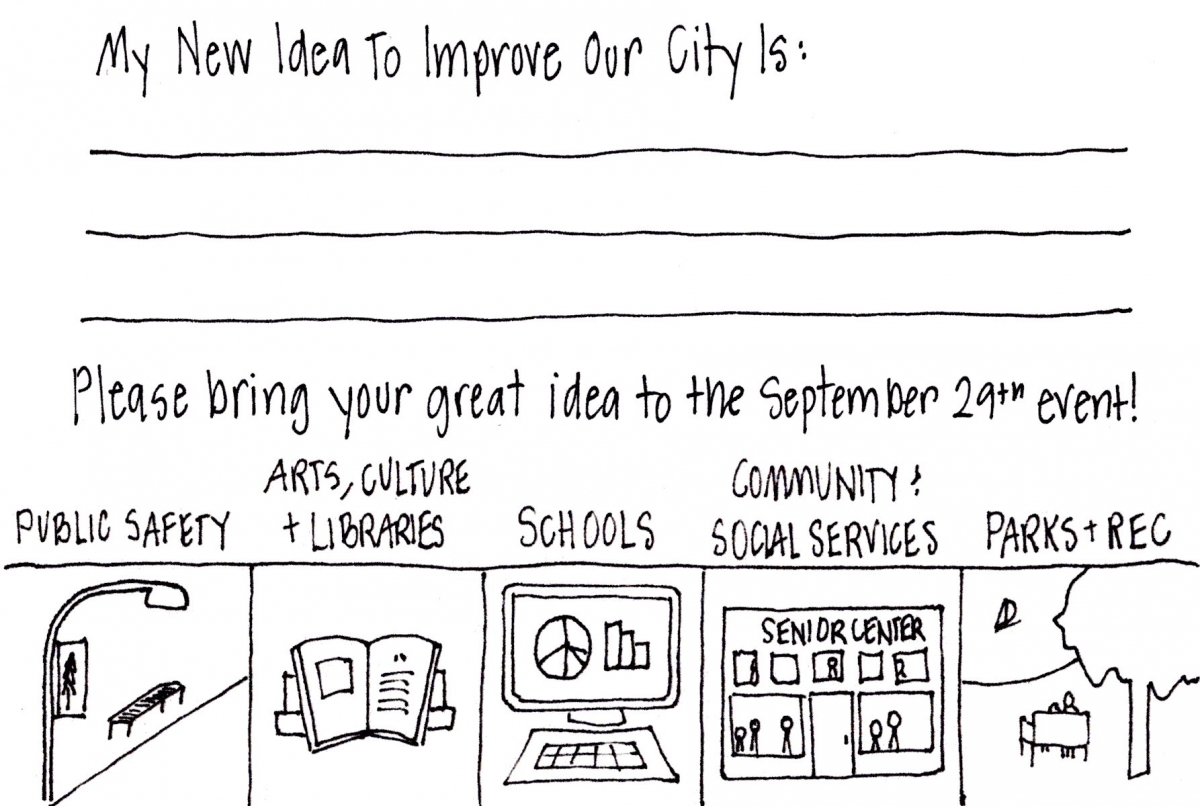 The key goal of all Participatory Budgeting programs is to improve the lives of residents and their community. PB projects do this by giving residents a chance to have their say over how to spend a certain part of the annual city budget.

The PB process takes off with ideas that come from YOU. So...PARTICIPATE and BUDGET the date to find out how another city is making Participatory Budgeting--a new demonstration for our evolving democracy.

Join us! At the Ann Arbor District Library downtown branch on September 29th at 7pm.