How to Host a Slam

Originally, we envisioned the Slam as a community event--a fun opportunity for colleagues and friends to gather for an evening of eating, drinking and thinking on their feet about ethical pickles and sticky situations. We also thought it would be a unique fundraiser for A2Ethics and a good way to publicize our events, programs and exhibits.

Over time, the Slam has become an annual community gathering. In fact, one group of dedicated Slammers tell us they wouldn't miss the event for anything. As a fundraiser, it is less than stellar. Even so, we love the Slam and look forward to improving and broadening the experience for the teams, their supporters, the judges, the volunteers and the audience. 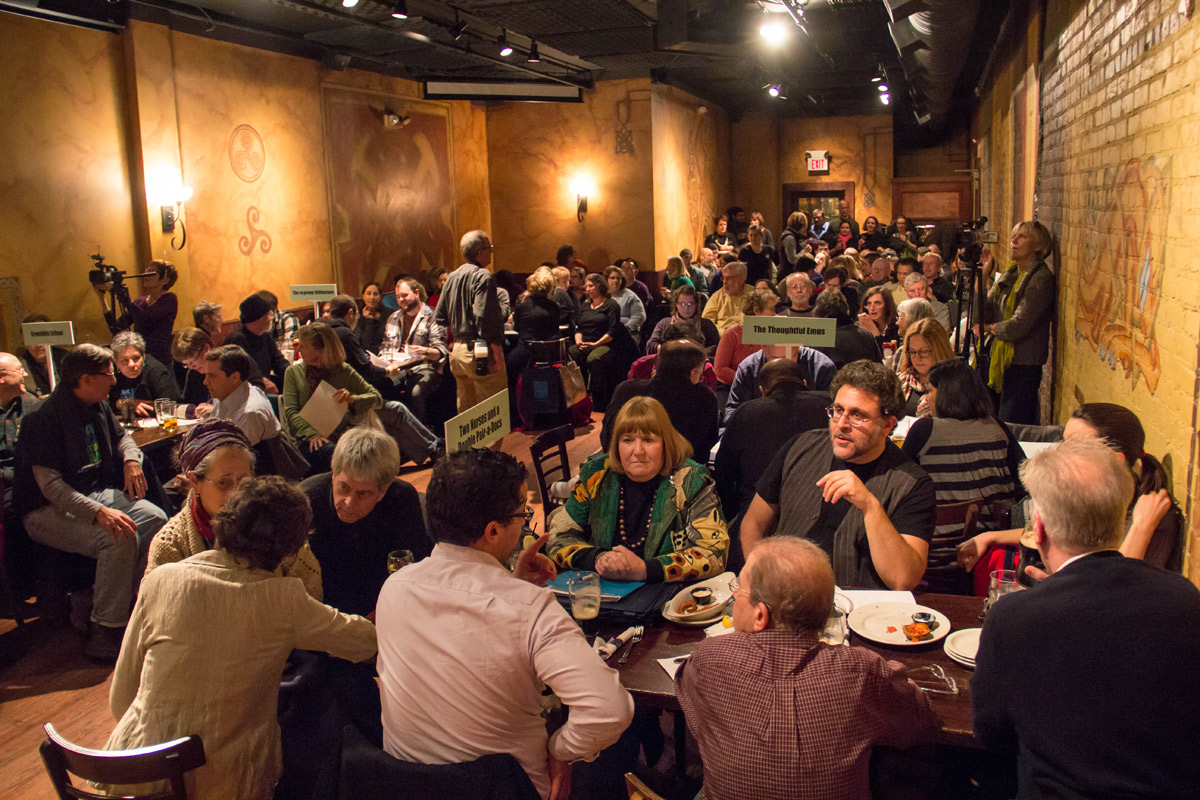 We are thrilled that there are other groups who have taken the Slam to heart. Given the constant flow of inquiries we get about Slam logistics, we have put together a basic guide to hosting your own slam.

Your D.I.Y. Guide to the Slam

To date, we know of Slams planned for Seattle, northern California and upstate New York.  A slam was also held in East El Paso, Texas, sponsored by a local Rotary club there. Here in Michigan, the Emergency Department faculty of the Wayne State University Medical Center hosted a slam for their physicians and residents in 2014. Beginning in 2018, the Richard Richards Institute for Ethics at Weber State University in Odgen, Utah sponsors a Slam on a particular topic. In 2019, the Utah Slammers discussed the ethics of technology.

Our neighbors to the north have taken to Slams. The Winnipeg, Manitoba Association for Rights and Liberties has now hosted seveal slams at a Winnipeg watering hole. In April 2015, we  hosted our first and only International Slam-Off with the Winnipeg group. 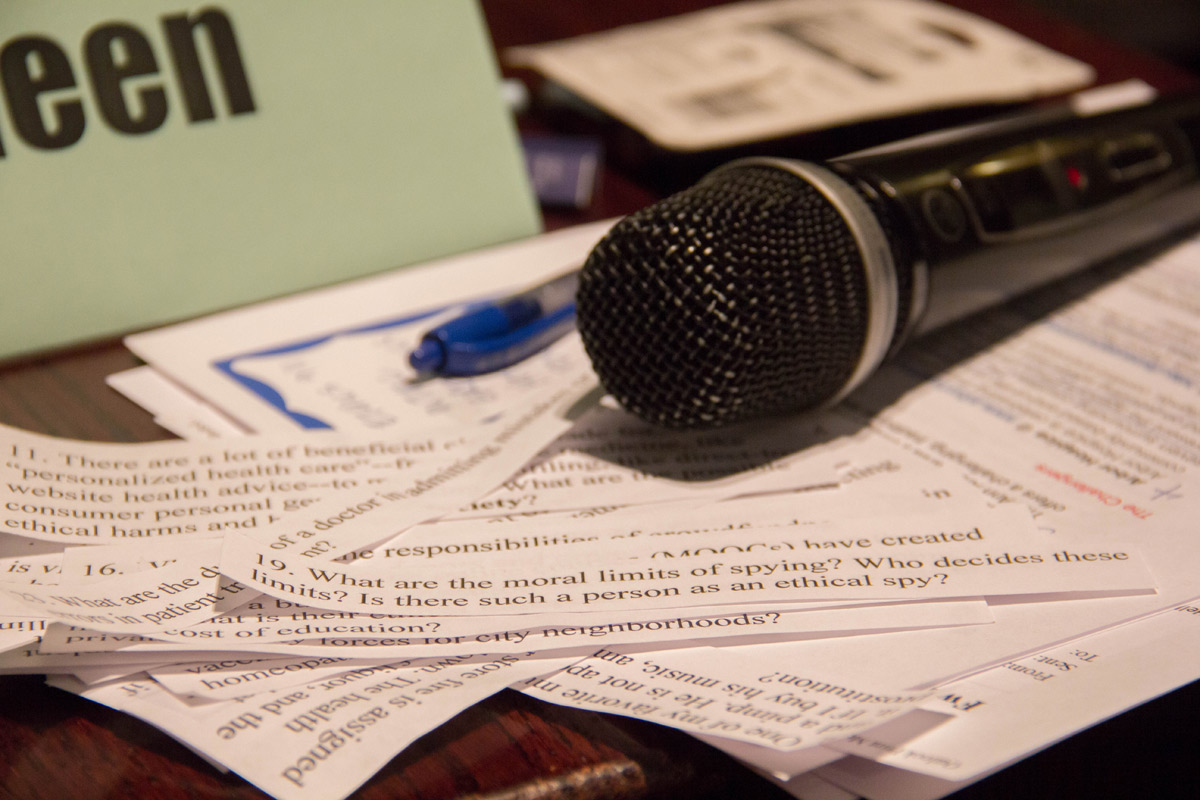 The Slam Of Your Own Design: Tell Us About It

We would love to hear about your own Slam. Where did it take place? Who was involved? Where did your teams come from and what organizations did they represent? What were some of your best questions? How did you promote the event and reach out to people in your area? What did you learn? And what, if anything, would you do different next time? Send us a message using the form below and let us know! 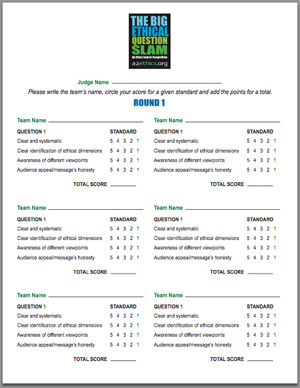 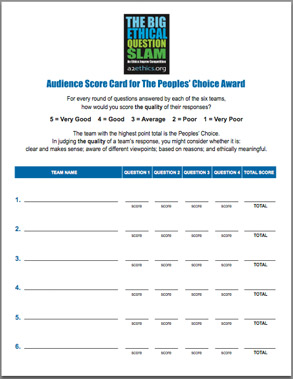 Other Slams Around The World 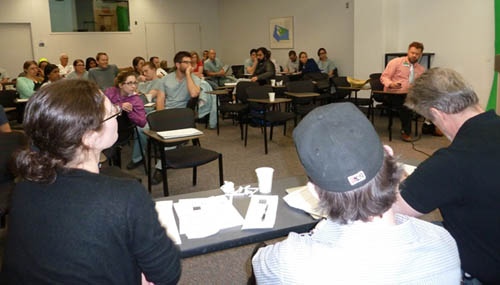